What I Thrifted This Month- April//Homeware 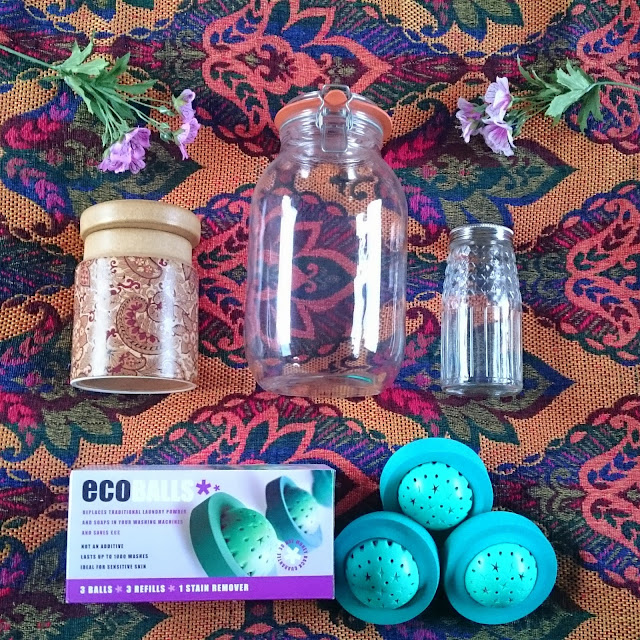 Hello everyone!
Welcome to April's thrifty finds. I may have gone a little overboard this month with my bargains.

When I say overboard, giving money to charity is never going to be a bad thing but I did buy some non-essentials this month but on the other hand, I found some things that had been on my charity shop list so that equals out right?

I keep buying things for my house. The problem is I don't have a house yet...yet being the important word. After we've been on our travelling adventure it would be amazing if my boyfriend and I can find our own place. We're both living with our parents at the moment and it's coming up to a year since I moved in the caravan 'just for the summer' haha!

I think it's better to be organised and buy a few, useful things (that you love!) from the charity shop. Instead of moving into a new place and having a mix-match of tat you bought from uni, your parents cast-offs and then having to make an emergency dash to Homesense! See I'm sure my future self will thank me ;)


So without further ado here are my homeware bargains for the month... 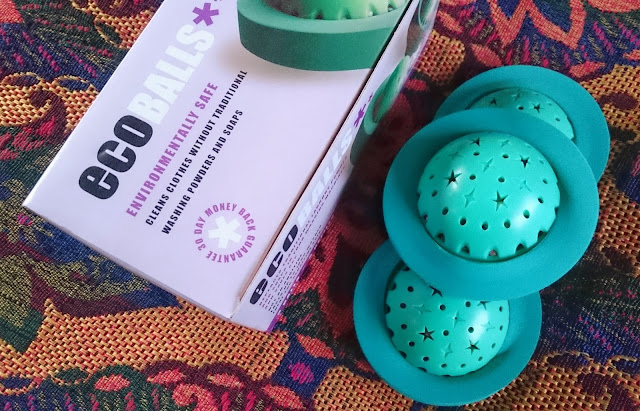 Eco Balls
This was definitely the universe pulling me in the right direction. I was talking to my mumma that morning about how many toxic chemicals are in laundry powder and softener and how I was going to look for an alternative. Later that evening, mum comes back from work (she works at Age UK) and she said these came in and she had to buy them for me!
They're they older style Ecozone balls but I used them last night and they're amazing! I do love my washing to smell nice and bizarrely, the fragrance-free smells really clean. I don't know how they do it. I only put them on a cool 15-minute cycle too and all the clothes came out so fresh and so clean. Apparently these balls do up to 1000 washes without detergent and they come with extra refills. 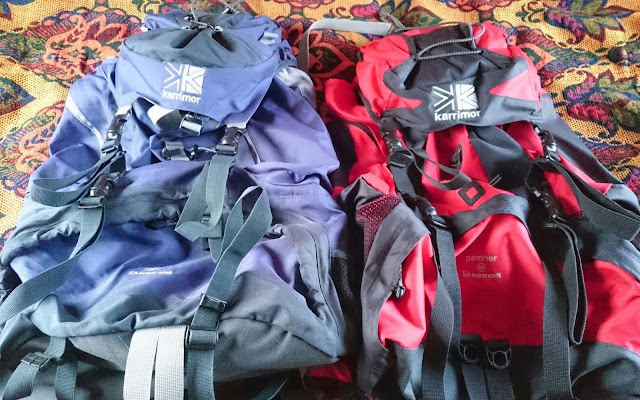 Karrimor Rucksacks
Whilst not technically a home item, these rucksacks will house all of our belongings on our travels!
I have had backpacking rucksacks on my charity shop list for months, I wanted one that was almost new and not too big and my prayers were answered not once but twice! So now my boyfriend and I have matching rucksacks for our adventures -score! I remember watching videos on youtube like what in my backpacking bag or travelling supplies haul. I'm sure you know that travelling gear isn't cheap and one vlogger had said that it had cost her over £400 for all of her stuff! I couldn't believe it would be that expensive but once I started doing research it easily totted up. That kinda money would get me to the other side of the world! So I vowed I would find all my stuff secondhand. I had found a few odd bits that would be useful but I was holding out for a decent rucksack! These are 55L & 65L Karrimor Panther bags they were definitely over £100 each when they were new. They are in fantastic condition and have waterproof covers with them too! 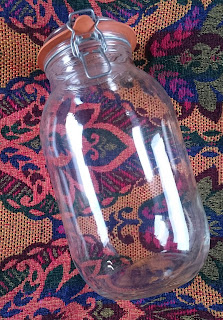 Mason Jar
Since researching more into a zero waste lifestyle I have become a jar fiend. Full blown mason-jar lover haha. I bought a few last month in TKMaxx but this one is a three-litre beast so I couldn't leave it on the shelf. It was only £2 which I think is great as large sizes are usually around £10-15 mark. When I have my beautiful pantry, I think this jar will house all of my bulk-bought oats :)
I think food always looks much more enticing in glass jars rather than mix-matched packets and tins. 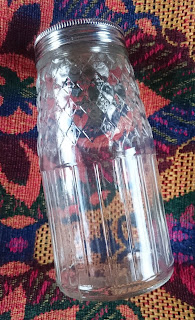 Glass Shaker
I understand that the zero waste movement isn't about going out and buying things specifically to be 'zero waste'. There are some things I just don't own and it would be silly to pass up something that will be useful especially when it's secondhand. I've seen a few of my favorite #ecobabes using glass shakers for all sorts, from cleaning products to homemade dry shampoo. So I don't know what I'll put in it yet I know it will come in handy.
I'm a believer in charity shop karma, if you really need something the charity shop will provide it for you, if you don't buy it then and next time it has gone it wasn't meant to be. That's what I thought with this particular item as  when I went back to buy it, it had gone. Saying that I visited the same shop a few weeks later and there was a different, prettier one! Yayy thanks, charity shop gods :) 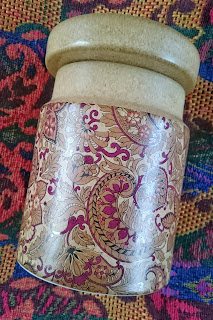 Paisley Jar
Mmhmm, it's another jar :') This one is paisley and made of ceramic so I needed it. This is another find from mum's charity shop. She is as bad as me I promise haha. I'm not sure entirely what I'm going to put in this one but the pattern is so beautiful.


So I'm going to stop here and I'll show you guys my thrifted clothing finds in my next post! I've found some bohemian gems :) Plus I'm going to talk about my plans to create a charity shop capsule wardrobe and who know's I might even do an old fashioned outfit post.