ZERO-WASTE: How To Use A Safety Razor 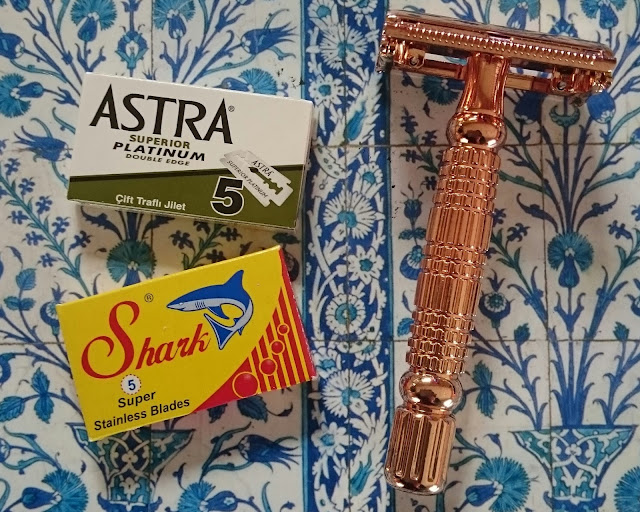 Hello folks!
If you are a follower of my Instagram you may have seen my newest purchase already. The safety razor! I wanna save the world but I'd like to do so without turning into a lady-yeti.

My last Gilette disposable was looking a little tired I decided no more! I'm slowly replacing all of my disposable items with 'zero waste' alternatives and the razor was next on the list.

I did really like the Muhle one I featured on my wishlist but with the budget being tight I couldn't quite stretch to the £30 price tag. I also read a few reviews saying that it wasn't ideal for a first time user which  terrified me  swayed my decision.

So I had a look on Amazon and there were some really cheap options with great reviews so I thought I would try this one as a safety razor newbie. It didn't come with any razor blades and there were only boxes of 100 available on Amazon which would be great if I knew they were good. Instead, I went to The Shave Lounge and had a look at what blades they had to offer. The first thing I noticed was how badass I felt looking for razor blades. I am saving the world but I am dangerous :P
The second thing was how blummin' cheap it is to get actual razor blades instead of expensive cartridge blades. You can get a pack of 5 for under £1.75! Plus with the razor being double-edged you get twice as much use out of it. 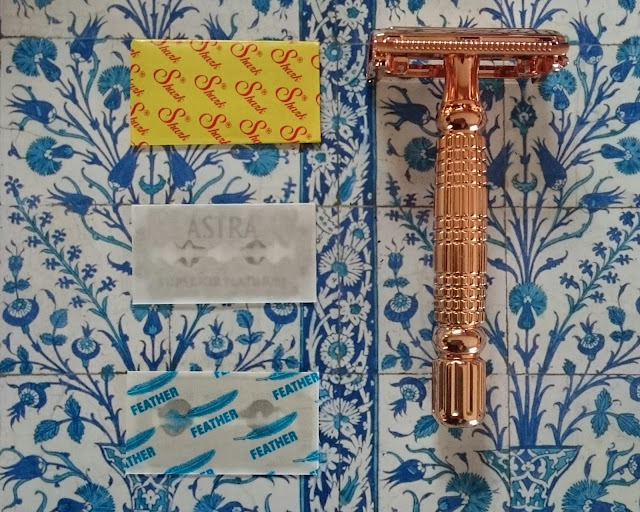 I really like the packaging on the razor boxes and I felt cool ordering shark blades haha, perhaps I should've been a man but I was finding this experience pretty exciting!
Delivery is free from The Shave Lounge and they also offer cashback which is amazing. They arrived quickly too.
They come in cardboard packaging with paper covering each blade, Easy for recycling! Apart from the Feather blades which arrived in a plastic box. 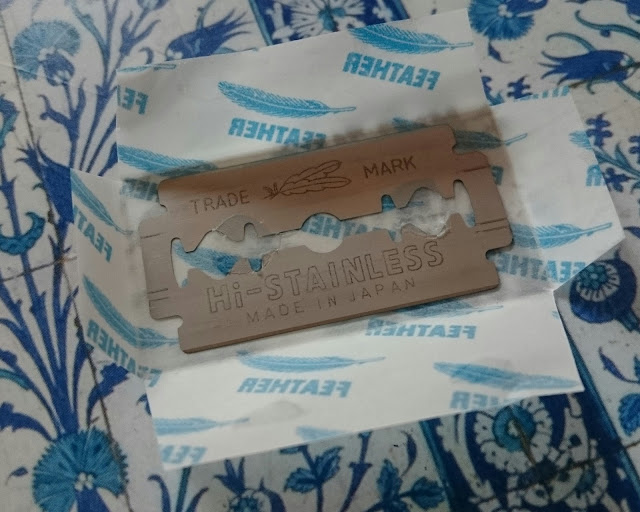 When they razor handle arrived I was pleased with the quality and colour (almost rose gold!)
At £9.99 is was a third of the price of the Muhle one. It's got a shorter handle than normal disposables and it is much heavier but I think this is something that I will get used to.
You twist the bottom part of the handle to open up the butterfly feature which is where the blade goes. Really simple but a well-made piece of work.

I've got a few tips for first-time users so it's not quite as terrifying:

1) Don't apply any pressure! Let the razor glide over the skin, this minimises any nicks or cuts.

2) Use short strokes at a 30 degree angle. There is only one blade so it needs rinsing between strokes for the closest shave.

3) Make sure you use a nice lathery soap. Those cans of shaving foam are rubbish. I like to use exfoliating gloves to lather mine up and have a wee scrub at the same time.

4) Shave in the direction of hair growth.

5) After shaving rinse the blade and gently dry. Put it back in its case away from the bath/shower so it doesn't rust.

6) Rinse your skin with cool water and apply a rich moisturiser or body oil for the smoothest skin in the land :) 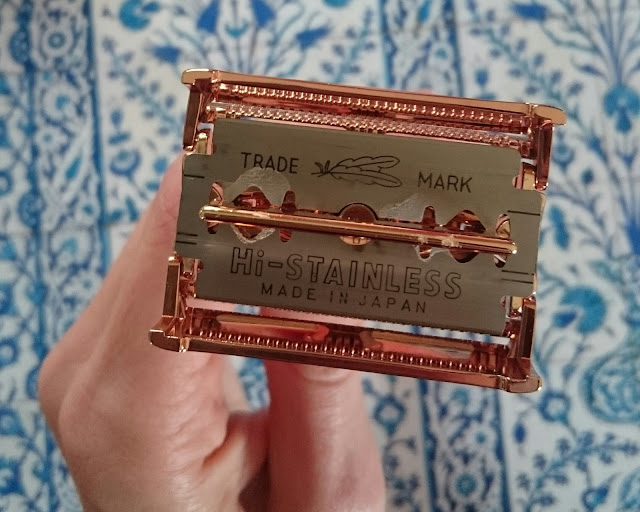 I can report that I haven't cut myself as yet which is fairly amazing as I used to always cut myself with the disposables. Saying that it's nice to have a soak in the bath and take my time shaving rather than whizzing over and doing a bad job! It does take a little longer but it's so much better for the environment as plastic disposables aren't recyclable.
I know everyone is different but I was going through a 5 pack of Gillette disposables a month, I find after I've done my legs twice they're blunt and ready for the bin.(I has long legs!)
So 5x12 is 60 per year.
I've been shaving my legs for roughly 10 years.
So I've probably used around 600 razors in my lifetime which is horrendous!!
That's just me!
So this, my friends, is why I'm reducing my impact on the planet. People often say that one person won't make a difference but when you think of figures in that way, any small change is a positive one! 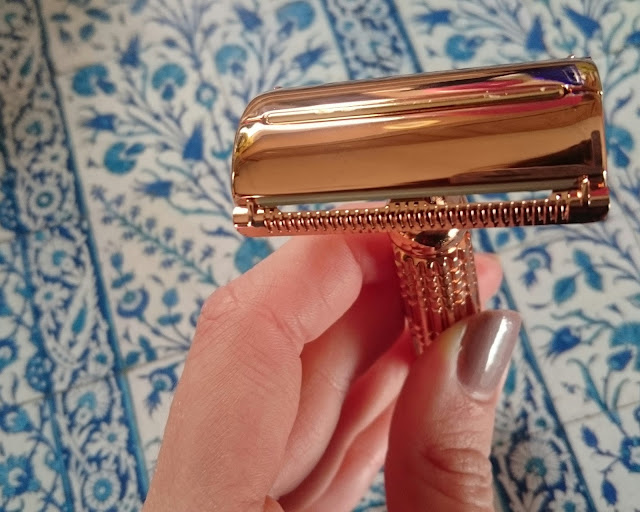