How I Feel After A Year Of Veganism. 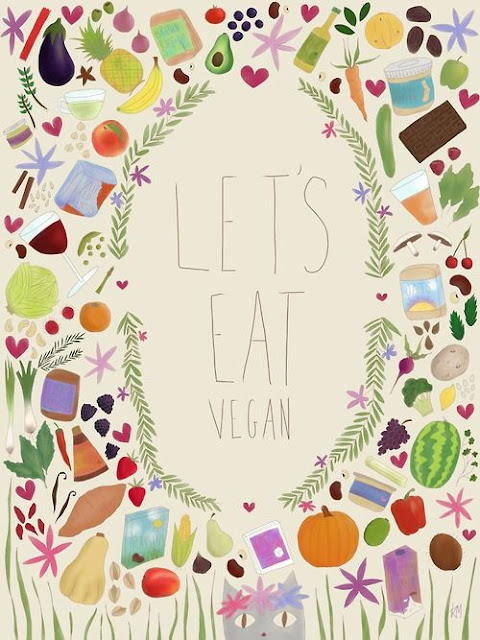 So I'm sure the whole world knows I'm vegan by now, but it's been over a year and I wanted to share with you all the perks I've experienced since switching to a compassionate lifestyle...

My skin
I've always had acne-prone skin, it especially flared up in the past few years-kinda awkward when I used to work in the beauty sector. Trying to sell products that promise beautiful skin and I'm there with oily, congested, spotty skin -niiice.
However since cutting out meat and dairy, my skin is glowing-not 100% blemish free but so much better than before.
It's not just the skin on my face, I used to have really dry elbows, they looked like elephants skin and it's just disappeared! I've heard a lot of stories of veganism curing eczema and other dry skin conditions too.

My nails
I always had the most brittle nails, they flaked and broke all the time. I now actually have quite long nails for me! They feel much stronger and rarely seem to split now. My boyfriend even asked if I was wearing false nails the other day, result!

My energy
I used to be a huge advocate of the power nap. I used to have one almost everyday. Some experts are divided about this-are naps good for you or not? Either way, I used to NEED to have a lie down after I got in from work or especially during uni and if I'm being honest with myself they weren't 'power naps' they were a good few hours sleep! I haven't NEEDED a nap as often and I have much more energy. I'm the kind of person that has a lot swirling around this brain of mine so I do sometimes find it difficult to focus but again since ditching the dairy I feel like a have more clarity and I'm able to concentrate for longer periods of time.

My soul
Haha well maybe that is a little deep but I used to have a niggling feeling of guilt whenever I ate a lot. I used to think it was portion sizes and unhealthy food that made me feel guilty but I think it was my conscience. Whenever I ate meat I felt bad, but I was so disconnected that I didn't think of it as animal flesh. I tried to justify meat-eating to myself but since I gave it up I feel so free and so much lighter. Like my mind isn't chattering away in the background. I've become so much more aware of the terrible practices by the meat and dairy industries that for me it would be impossible to go back to my old lifestyle.

Cravings
Cravings are bizarre things, sometimes your brain does throw out a message saying 'remember the taste of bacon tho?!' and I say yes I do but now I can eat a packet of 'bacon' crisps and nothing has to die-Revelation!
At the end of the day meat is a taste and a texture and there are lots of cruelty-free alternatives.

The most difficult thing I've experienced?
Nope, it's not giving up cheese!
Honestly, the hardest part for me is having to explain myself to people. I live in an area where a lot of people's livelihoods are based on agriculture and farming. They seem to take my lifestyle choice as an attack on theirs when in reality it couldn't be further from the truth. I think small-scale farmers should be supported. It's the factory farming I'm 100% against.
It is difficult to list the reasons why I decided to be vegan without 'preaching' or getting into a debate. I'm not a confrontational person but I really do think that vegans get a bad rep. There are only so many times you can be asked 'where do you get your protein from' or told 'it's so unhealthy to cut out food groups'. I'm an open-minded kinda gal so I'm just planning to sway everyone with my cooking skills instead ;)