Hello!
Ooops I've not posted for a while AGAIN, I know last time I posted was a 'Currently..' post but I feel like it's better to come back with a few updates rather than something a bit random. Anyway on to my favourite things over the past few weeks...

Currently WATCHING: Once Upon A Time In Wonderland. I’m a fan of the original Once Upon A Time series and when I noticed they had created a ‘spin off’ style show based in Wonderland I was a little bit apprehensive. Don’t get me wrong I love Alice In Wonderland, but it’s not exactly a fresh idea. However I've watched 3 episodes so far & I’m hooked. I think the casting is great and the story-line is different to any other Wonderland versions so far. I love the fact that there are nods to the original series and they do cross over in parts. The one thing that is annoying is the amount of times they say ‘bloody hell’. Haha okay, okay you’re American producers but how many times do you think us Brits say bloody hell!? 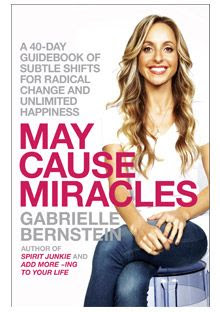 Currently READING: 'May Cause Miracles' by Gabrielle Bernstein. I know some people are a bit weirded out by so called ‘self-help’ books but I find them so interesting. I only discovered Bernstein’s work by accident a month or so ago and decided to borrow a few of her books from the library. What she does say is pretty ‘funky’ (in her words) at first but her writing is really resignating with me. I’d say I’m a pretty happy person anyways but this book really helps to explore & understand yourself by choosing a different perspective. I’m only half way through and it is a 6 week course so I will let you know how I get on :)

Currently WEARING: I went out in Manchester the other week and stayed at my friend’s new house in East Didsbury. On the Sunday morning we did some obligatory hung-over charity shopping! I loved the charity shops there & I did pick out a few good bits. My favourite find being a black, suede wrap around skater style skirt. It’s very structured & very nineties with its buttons up the front but it fits like a dream and I’m a little bit in love. Thanks to Sally for finding it for me whilst I tried on a million ridiculous things J I’ll update you with my latest charity shop finds soon.

Currently LOOKING FORWARD TO: My birthday! It’s my birthday in two weeks, and although I haven’t planned anything yet I’m sure something spontaneous will come together at the last minute. I don’t usually go to over the top but I like having a bit of family time and catching up with lots of people. More likely than not I will end up in a whimsical place with a few cocktails ;)

Currently LISTENING TO: Bit of a weird one but bare with me...I’ve been listening to a lot of meditation/relaxing/dreaming music recently. I’ve been trying to wind down earlier most nights so I usually light some candles and read my book in bed for an hour or so. Since listening to this music in the background I feel so much more chilled out. I try and find ones that last a few hours so I can drift off whilst listening to them. I like this album called 'Shamanic dream' which does sound a little Mighty Boosh-esque but it's really relaxing.

Currently PONDERING: My Halloween outfit. I’ve got to dress up at work, then potentially for a gig after work & I have a hippy themed party at the weekend so my mind is just a little bit occupied with possible costume ideas. As always I’m searching on Pinterest for inspiration and tutorials. What are people planning on dressing up as this year that is a little out of the ordinary?
Currently IN LOVE WITH: Jamie Dornan. Haha this is not a new crush as I’ve been a little bit in love with him since I first saw him on my screen as wolfy, Irish Sheriff in Once upon a time but now he has been cast to play Christian Grey! I’ve not read the books so I don’t really know what the hype is all about but I might just go and see it anyway for an oogle ;)

Currently BUYING: I’ve not really bought anything big over the past few weeks, in fact I’ve actually saved a bit of money! I’m the worst person at saving but I’ve got a little bit put aside in the Glastonbury festival fund. Hmm I just remembered that I bought two new sets of underwear from the Gossard sale late last night. I didn’t really need them but hey who doesn’t like a new set of underwear to cheer them up. Theres some pretty good bargains on the site to.

So that wraps up another week of my current updates. I’m sorry that there has been a bit of a lack of blogging/interaction but I’m currently working 3 jobs & volunteering at a charity shop in my spare time but more on that another day!

I do update my Twitter & my Instagram slightly more often than on here so if we don't already I think we should follow each other...
Thanks for reading J